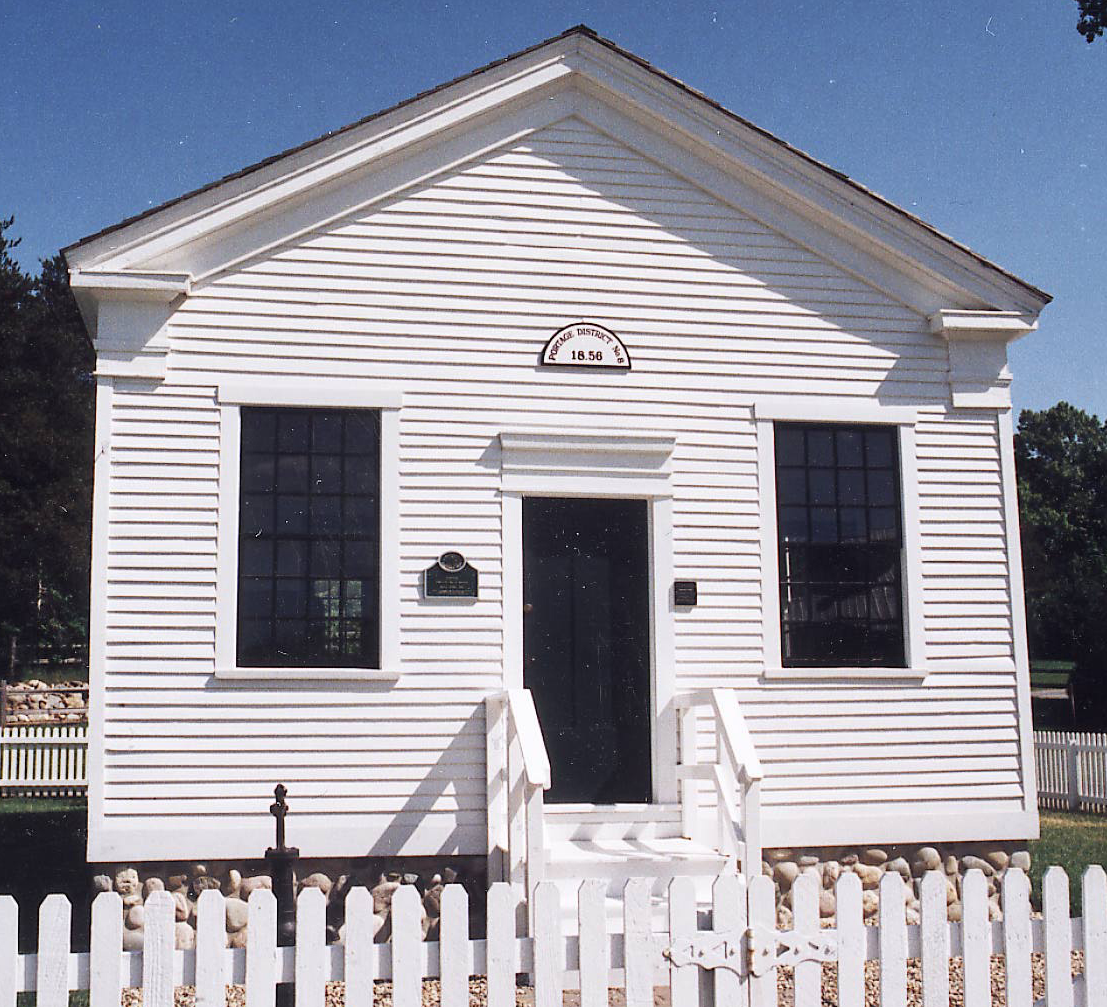 2017 MORSA Schoolhouse of the Year Winner

The District Number 8 Schoolhouse in the Celery Flats Historical Area was the 2017 recipient of the Michigan One-Room Schoolhouse Association's "Schoolhouse of the Year" award. The HDC received an honorary plaque and a $250 cash prize! Portage is the 6th recipient of this award, which is one of MORSA's main programs.

The District Number 8 Schoolhouse was built in 1856 on Oakland Drive, just south of Shaver Road. Originally known as the Prairie Edge School, it was used until 1947 and later converted to a private residence. The City of Portage purchased and moved the school to the Celery Flats Historical Area in 1990, restoring the building to its original schoolhouse use.

The Schoolhouse is available for rental; to rent, check out the Parks and Recreation Department Facilities Rental page.