In early 2020, the city enlisted Farr Associates, a planning firm that specializes in urban, mixed-use, pedestrian-friendly developments, to help reimagine the Lake Center District as an attractive, multimodal corridor. The city assembled a Steering Committee comprised of area business owners, developers, and residents to help guide the city and consultant through the planning process. Throughout 2020 and 2021, the city hosted several public meetings, a three-day charrette, and an open house to gather public input from residents and business owners in the district.

During this period, the Lake Center District Steering Committee met multiple times to review the Draft Lake Center District Corridor & Placemaking Study and provide local knowledge and guidance on the direction of the plan recommendations. Following their final review, the Steering Committee expressed unanimous support of the draft plan. The final draft study was presented to the City Council on April 27, 2021, which provided them two and a half months to review the draft study and ask questions of the City Administration.

A public comment period for the draft study was open from April 28 to May 23, 2021, and the city received hundreds of submissions. After receiving feedback from residents concerning proposed improvements to the canal between Austin Lake and West Lake, the city chose to remove the project from the Long-Term Implementation Plan (5-10 years) section of the study. The proposed project was relocated to the Future Potential Moves (20+ years) section of the study, which represents projects considered during the study visioning process, but that are not currently included in the implementation plan and which may be considered by future city leadership.

On Saturday, May 15, 2021, the city held an open house at Lakeview Park, in the heart of the Lake Center District. Councilmembers, city staff, and Steering Committee members were on-site. More than 200 people attended and had the opportunity to view display boards and study details, ask questions and provide more public feedback. 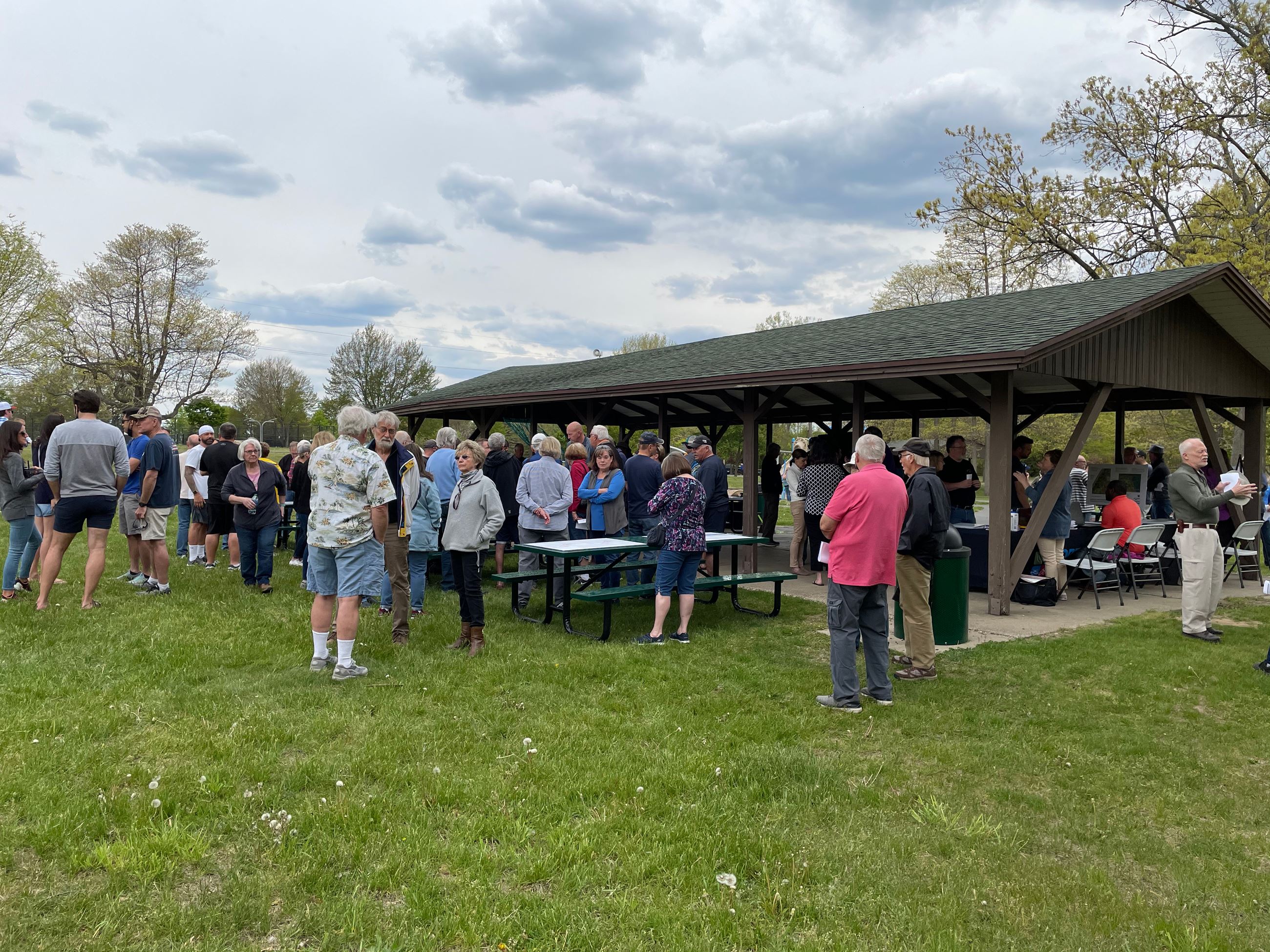 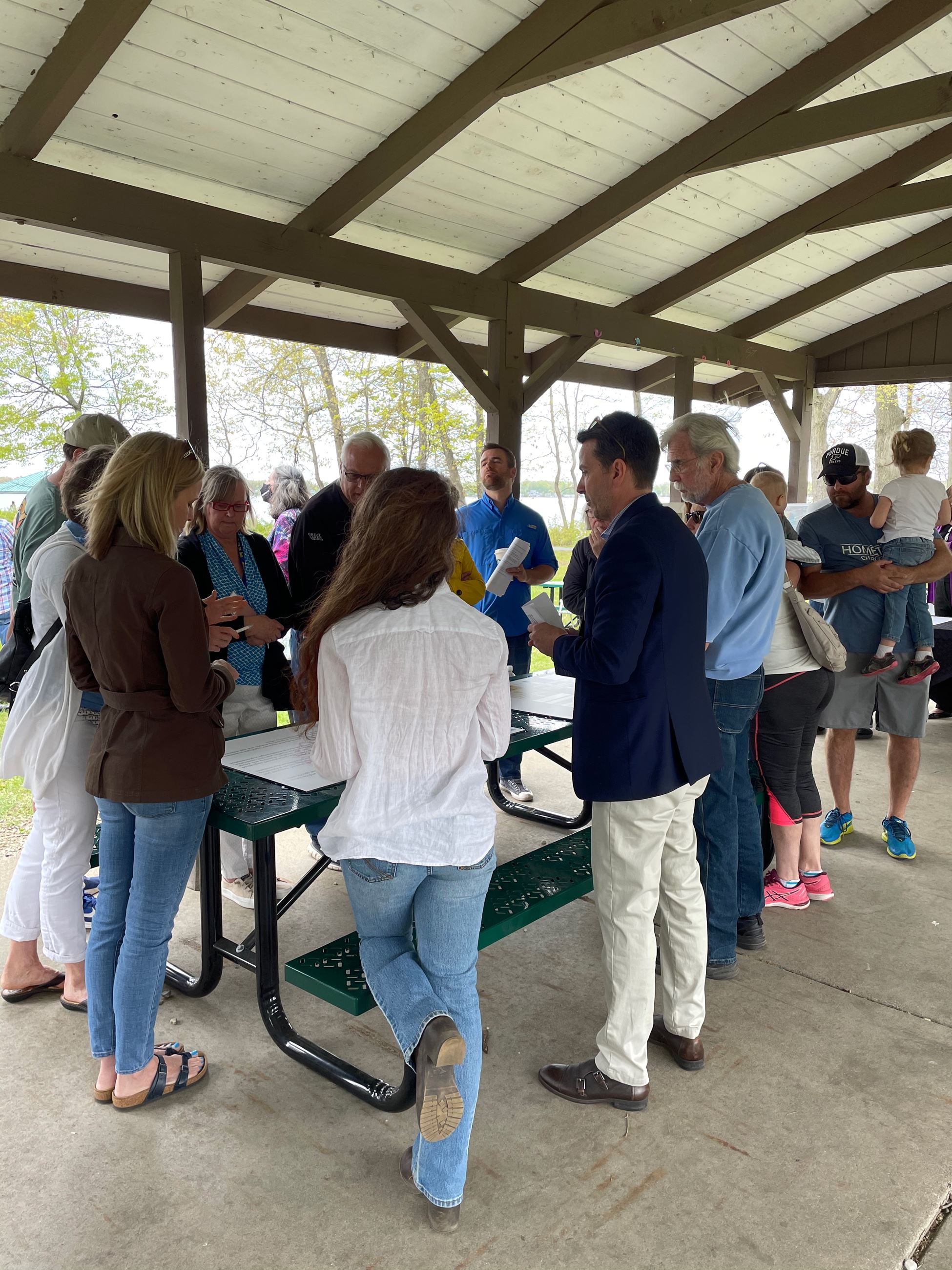 Acceptance of the Study

On Tuesday, July 13, 2021, the City Council held a Council Committee of the Whole meeting regarding the Draft Lake Center District Corridor and Placemaking Study. The Committee of the Whole meeting provided the Council with additional time to ask questions of the City Administration, without taking any votes. On the same evening, the Council held a public hearing and accepted public comments and questions from more than 150 residents, business owners, and interested parties regarding the study.  View responses to the questions asked during the public hearing. 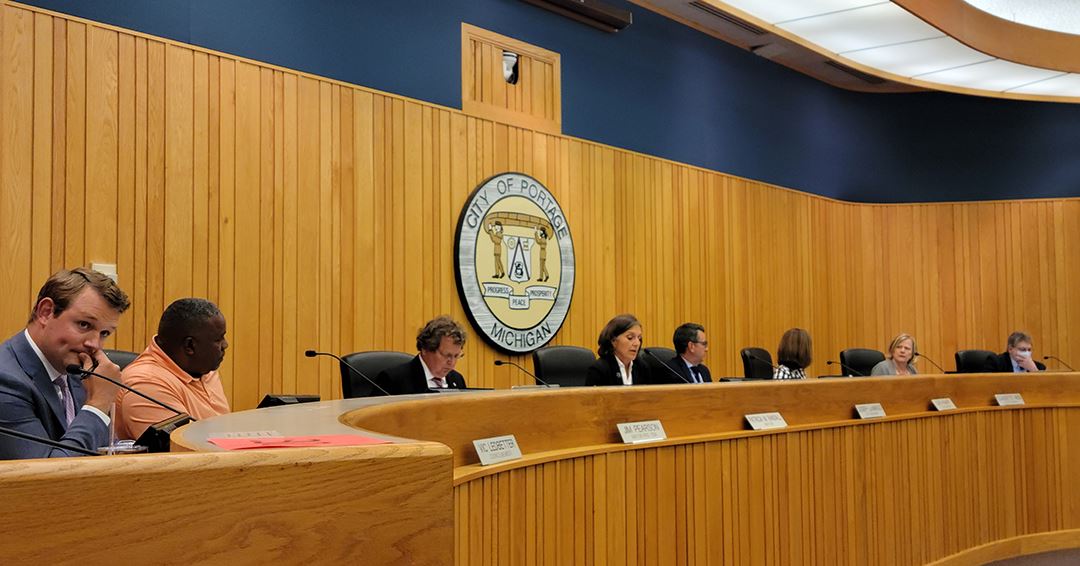 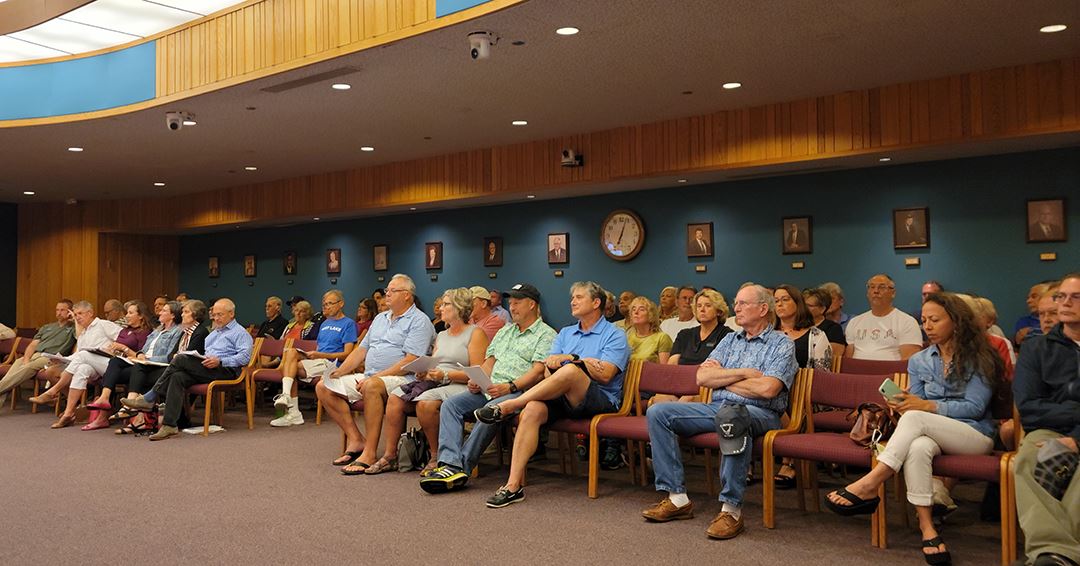 Following the Committee of the Whole meeting and the Public Hearing, the Council closed the public comment period for the study. On Tuesday, July 13, 2021, the Portage City Council unanimously accepted the Lake Center District Corridor and Placemaking Study and approved Portage Road Scenario #3, found on page 64 of the study. The city will move forward with advancing the one-year action plan found on page 94 in the study.

The Final Lake Center District Corridor & Placemaking Study can be viewed below.  The study includes an appendix of all public comments and citizen petitions submitted during the public comment period.

The City of Portage will continue to employ various communication methods to advise the community about city-initiated projects in the Lake Center District, including social media and listserv tools, the Portager newsletter, and the media. To stay up to date, sign up for Notify Me at www.portagemi.gov/list.aspx and subscribe to the Lake Center District Area category. 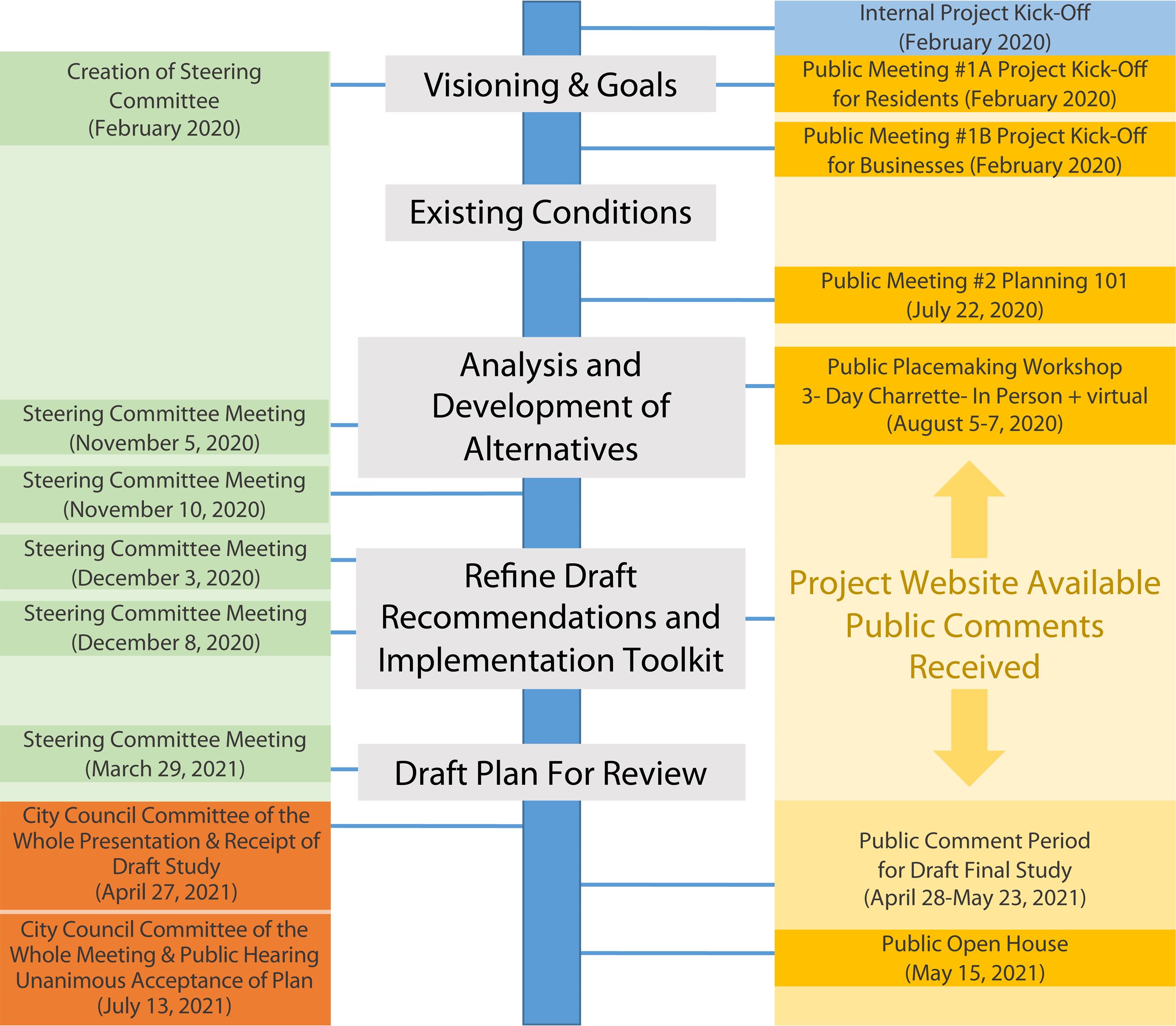